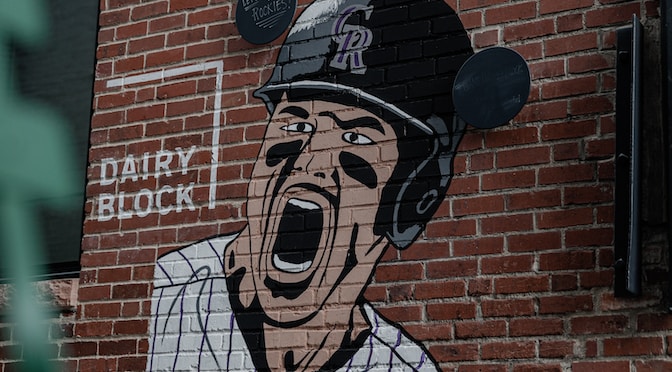 One of the more surprising divorces of the MLB offseason between the Houston Astros and former GM James Click could change for the Colorado Rockies.

Ken Rosenthal started this storyline spinning just before the 2022 MLB World Series started with this article. Then just a matter of days after the World Series ended with a Houston Astros victory over the Philadephia Phillies, it came to fruition. Even with the advanced warning, it still took the baseball world by storm.

Yes, the Colorado Rockies hired a new GM just over a year ago when they promoted Bill Schmidt from within. But the key word is “promote” and from a pool of internal options that have presided over some of the worst play and decision making in team history. Schmidt is a Jeff Bridich disciple who resigned during the 2021 season after the Nolan Arenado and Trevor Story fiascos. That saw both fan favorites and top talents end up in St. Louis and Boston respectively due to poor roster management and bad contract loopholes. Both players pointed the finger directly at the GM’s office as reasons why they wanted out.

Though Bill Schmidt can claim to be on the staff that selected promising prospects Zac Veen, Ezequiel Tovar, Adael Amador, and Drew Romo (all on MLB.com top-100 prospects list). He wasn’t the key decision maker though, and no GM can hang their hat on one or two home runs. Especially when none of those tackle the main need in Denver, pitching. When you run a small market, you must maximize every pick and every signing to stay competitive. There may not be another front office executive available who understands this more than Click. Who started his career in the front-office model of small markets, Tampa Bay.

Click was a hasty hire after the Astros cheating scandal was revealed and previous World Series architect Jeffrey Luhnow was forced to resign in disgrace. Something has to be said for a man coming into that hurricane of hate and coming out the other side virtually unscathed. If he can fix the mess that was the Astros in February 2020. Then go to two World Series in three years, winning one. He should be able to figure out baseball at a mile high with his knowledge gained at the pitching factory that is the Tampa Bay Rays. He was on the staff that acquired current Rockies ace German Marquez from the Latin-American player pool.

Click has been given much of the credit for finding those Latin-American players not only in Tampa, but in Houston as well. In just three short years he was able to revamp that tainted Astros roster. Only three players are left from the last Astros World Series championship team. And yet the Astros never truly fell out of contention. As mentioned, they went to two World Series, but also made the postseason in the other season. So that’s three playoff births, two World Series births, and one championship in his short stint in Texas. He was so good in the pitching department he had to unload Jake Odirizzi at the deadline for relief pitcher Will Smith. Even so, Houston still has six starters under contract through at least 2025. Even if veteran Justin Verlander also walks in free agency this offseason.

What has historically been the biggest issue with the Colorado Rockies? That’s right, pitching, and it has gotten worse under Schmidt in LoDo. The Rockies team ERA jumped from 4.82 to 5.06 from 2021 to 2022. And not a single Rockies starting-pitcher reached double-digit wins in 2022. Closer Daniel Bard was tied for second on the team with six victories. Bard was the sole bright spot in an otherwise forgettable year of pitching for the Colorado Rockies. Bard finished the season with a 1.79 ERA and 34 saves to go with those six wins. That won’t cut it at sea level, let alone the thin air of the Mile High City. Only fellow reliever Carlos Estevez ended the season with an ERA under 4.20.

If owner Dick Monfort wants to re-instill the faith of the fan base he needs to stop worrying about whether or not his GM is his buddy and shake up the front office from the outside for the first time since Dan O’Dowd was hired after stints in Baltimore and Cleveland in 1999. What’s that definition of crazy again? The Colorado Rockies have been pounding the same nail for over two decade only to end up in the same place they were when this odyssey began. An also-ran that plays just well enough offensively to entice you, but pitches so poorly there’s not enough homers to compensate for their ineptitude.

James Click could be the one piece that completes this baseball puzzle over a quarter-century in the making. He knows how to work with a small scouting and analytics departments. Colorado is one of only 3 teams with smaller departments in those areas than the Astros and Rays. He knows how to find the diamond in the rough and maximize much lower draft picks than he would have in Denver, at least to start. And although he would have a much smaller payroll than Houston who was 9th at just over $194 million in 2022. But would be much larger than any he had in Tampa. Last year the Colorado Rockies were 17th at a little more than $158 million, as opposed to Tampa at 23rd paying out roughly $107 million to it’s players. All pay-roll numbers are per Spotrac.

I’ve used this analogy before but it fits here as well, Click is a gourmet chef that can make a tasty meal with whatever is in the pantry. Schmidt is the bachelor heating up a Hungry Man TV dinner left by his former roommate. This is a business, and the Monforts need to start treating it as such.